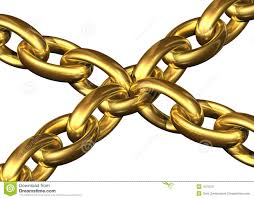 What personal prisons have you built out of fears?

I’d like to believe that I’m invincible. But it would be foolishness. I’m scared of frogs and lightning.

Although, my greatest fear is intangible.

There’s this part of me that wanted a total isolation from the world. I don’t want to get too close and be attached to anyone and anything. Nothing is ever permanent in this world and it is within man’s nature to get his heart broken when the things he value the most are gone or have changed.

I don’t trust anything to stay the same. Sooner or later, they will be gone and I will be left with nothing but eternal scars.

More than anything else, it’s the people who hold the deepest part of our hearts. People say goodbye. Sometimes, just for a while. Other times, it’s forever.

Unconsciously, I’ve built walls around myself. I don’t let anyone get to me completely. There’s always a part of me that remains unreachable, a cavern in my heart that’s exclusive for myself.

It’s a prison of my own making. And though it might do more harm than good eventually, I will stay imprisoned than bare my vulnerability for the world to see.

2 thoughts on “Scars and Prisons”